At a ball that Seward (Harvey Korman) holds per suggestion from Van Helsing (Mel Brooks), in order to find out who was the vampire that killed Lucy (Lysette Anthony) and attacked Mina (Amy Yasbeck), Van Helsing unveils a large mirror that shows that Dracula (Leslie Nielsen) has no reflection, outing him as the vampire. Dracula smashes the mirror, grabs Mina, and escapes. Renfield (Peter MacNicol) calls out to his master, but he gets hauled off back to the asylum.

Van Helsing, Seward & Harker (Steven Weber) search Carfax Abbey for Dracula, but there’s no trace of him. Van Helsing then says that Renfield must be released, since he called Dracula “master” and thus would lead them straight to him. Renfield is released, and he heads to the abandoned chapel at the top of the cliffs to meet Dracula. The trio follows him, and they get in and stop Dracula before he can bite Mina for the final time.

As the trio are battling Dracula, the sun begins to rise. Van Helsing opens the blinds to try to kill Dracula with the sunlight, but he turns into a bat and retreats to the darkness of the rafters. Then, Renfield stupidly opens up a trapdoor in the roof from the outside to try to help him escape, covering him with sunlight and reducing him to ashes.

Mina is freed, and she kisses Harker, and Harker carries her back home. Renfield mourns Dracula for a moment and puts his ashes in his coffin, and though Seward tells him that he is a free man now, he now sees Seward as his master, and leaves with him. Van Helsing seemingly gets the last word in on Dracula’s ashes in their war of words before following the others, but after the credits, Dracula gets the last word, and laughs. 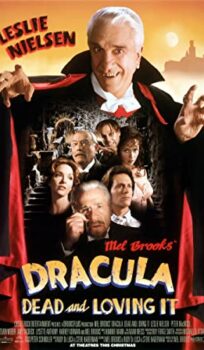