There are three intertwined plots, one for each of the original Dreamettes (later called the Dreams).

1. Lorrell Robinson (Anika Noni Rose), carries on an eight-year affair with singer James “Thunder” Early (Eddie Murphy), but finally breaks up with him when she realizes he’ll never leave his wife. Between losing Lorrell and realizing that he’ll never be the star he once was, James implodes, dying of a heroin overdose.

2. Effie Melody White (Jennifer Hudson) is kicked out of the Dreams for seemingly erratic behavior. Her label’s founder and president, Curtis Taylor Jr. (Jamie Foxx), simultaneously leaves Effie for fellow Dream Deena Jones (Beyonce Knowles). Unbeknown to everyone, Effie is pregnant with Curtis’ baby. She returns to Detroit and sinks into poverty. A few years later she tracks down her old manager, Marty Madison (Danny Glover), who gets her a singing gig at a local bar. When her brother, songwriter CC White (Keith Robinson), leaves Curtis’ label over artistic differences, he tracks Effie down and writes a hit song for her: “One Night Only.” However, CC is still under contract to Curtis, who — out of spite or greed or both — records a competing version of the song with Deena and then bribes radio stations not to play Effie’s version. Effie promptly sinks back into obscurity.

3. After more than a decade with Curtis, first as his biggest star and then as his wife, Deena is feeling frustrated. She wants to pursue a serious acting career and sing with more depth and personality. Curtis has other plans for her. She acquiesces, until she discovers a copy of Effie’s version of “One Night Only” (which never got airplay in LA, where Deena now lives with Curtis) in Curtis’ desk. Deena hands over evidence of Curtis’ shady dealings to CC and Effie, who hire a lawyer and blackmail Curtis into allowing Effie to release her version of “One Night Only” nationally on a rival label. Deena then delivers the coup de grace, leaving Curtis once and for all.

The movie ends with the Dreams’ farewell concert. All four dreams (the original three plus Effie’s replacement) sing the final song of the night together. From his box seat, Curtis sees that Effie is singing her solo to a 9-year-old girl in the orchestra. He rushes down the aisle and looks at his daughter for the first time as the lights go down — figuratively and literally — on the Dreams. 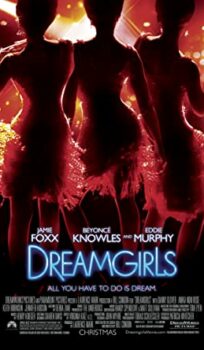