Timmy Choi (Louis Koo) had no interest in “redeeming” himself.

On the day of the big bust, he drives his superiors to a primary school, telling them that he has ratted them out to the police. He causes a chain reaction shootout that leaves several cops and all the gangsters dead.

Choi escapes in a school van only to crash into a car holding his two deaf meth cooks, who thought he sold them out. Another shootout occurs between the cooks, Choi, Captain Zhang (Sun Honglei) and his fellow police officers. All are killed except for Choi. However, Zhang is able to handcuff his body to Choi’s leg. Choi has no time to free himself and is once again captured. Now caught having committed multiple acts of murder on top of his drug trafficking, Choi is sentenced to immediate execution.

As he lays strapped on the execution gurney, Choi desperately lists off contacts, and other drug suppliers to bust in exchange for getting to live. He continues to rattle off names even as the first vial of execution drugs enters his system. The second vial is administered and his heart stops. The film ends with a silent shot of his corpse. 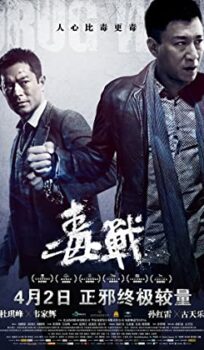