CIA agent Claire Stenwick (Julia Roberts) and MI6 agent Ray Stoval (Clive Owen) meet in Dubai in 2003 and sleep together after an embassy party. Claire steals launch codes from Ray and leaves him drugged in the hotel room. He never forgets her and 5 years later they meet up again in New York where Ray is now working for a corporate espionage team on CEO Dick Garsik’s (Paul Giametti) payroll. Ray is disgusted to learn that Claire (also working for Garsik) is his “mole” at the rival company the team are trying to steal from. Claire is a counter intel agent within Howard Tully’s (Tom Wilkinson) company and the two ex-agents, after arguing, agree to team up to steal the formula for Garsik.

Althought they appear to hate each other, it turns out that Claire and Ray have secretly been in a relationship since they met up in Rome in 2005, after Dubai, and fell in love. Since then they have been secretly meeting and planning a way of stealing a fortune together. Their NY meeting was staged to appear genuine to fool the espionage team. Meanwhile their plans move forward and Ray sleeps with a female executive at Tully’s company in order to gain access to travel documents the team needs. Claire feels betrayed and they decide to go their separate ways after the theft.

Eventually Claire manages to steal the formula — a cream that will reverse male baldness — and gets it to Ray, who makes a copy. Claire shows up at the team’s hideout and blames Ray for setting her up and tells the team that he has a copy of the formula. She leaves and the team searches Ray’s bag and finds the formula.

Meanwhile Garsik gleefully announces the launch of his “samson shampoo” to his shareholders. Claire sits waiting at Zurich airport for hours. Eventually Ray shows up and they each profess their love and produce a copy of the formula. Claire and Ray meet with a Swiss company who will pay them $35 million for the formula. However, the formula turns out to be nothing more than a worthless face cream. Garsik is ruined. Claire and Ray sit in the now empty hotel room discussing what to do next when a waiter wheels in some champagne on a cart and hands Ray a note. It’s from Howard Tully with his compliments! Claire and Ray realize that Tully was way ahead of them all along. 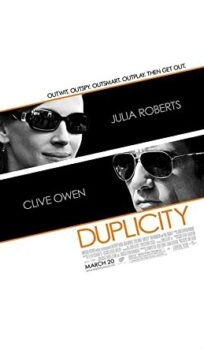