Victor (Campbell Scott) was not recovering from leukemia; in fact, his condition was worsening, due to the fact that he had voluntarily stopped the treatment.  He tries to cover it up by injecting himself with narcotics when the pain becomes too much for him to bear, behind Hilary’s (Julia Roberts’s) -and everyone else’s- back.

However, Hilary discovers the hidden stash of narcotics, as well as a considerable amount of related waste in the garbage, and angrily confronts him about it.  When she tries convincing him to return to the hospital to resume the treatment, he refuses, which anguishes her and makes her turn to Victor’s father, Richard (David Selby) for help.

Come Christmas time, everyone gets invited to a party, where Hilary is seen joyfully interacting with other people; Victor witnesses it and makes him feel hopeless about his situation, which further enlivens his desire to end his life.  He asks Hilary for help to achieve, to which she of course refuses.  Eventually, they both tearfully confess how much they love each other; she won’t let go of him, and he has lost all will to carry on with the agony of his disease.  However, she manages to convince him to try the treatment one more time, offering that, shall the inevitable happen, “she will be next to him, to comfort him and hold his hand”, to which he agrees.

The final scene shows them both, the morning after, heading out of the house, seemingly to the hospital. 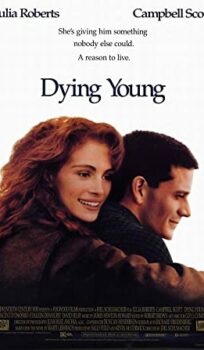