During Mac (Jeff Goldblum), Wiploc (Jim Carrey) & Zeebo’s (Damon Wayans) time on Earth, Mac and Valerie (Geena Davis) fall for each other, and they even sleep together.

One day, the aliens finally get their ship fixed, but then Wiploc and Zeebo have a crazy series of events that land them in the hospital. There, Ted (Charles Rocket) – after hearing that they each had two heartbeats – plans to operate on them, threatening to reveal their true alien selves. Mac and Valerie arrive before he can do so, and after Mac revives them, the aliens make random sounds to drive Ted crazy, and then they and Valerie sneak out. Valerie hides them all in the backseat of Ted’s car, and a flustered Ted soon shows up and asks for Valerie to take him home. Along the way, he suggests they go for a quickie marriage in Las Vegas, which she accepts. As they kiss, the aliens sneak out of the car and get back to Valerie’s home to ready their ship for takeoff.

After Valerie gets home soon after and starts packing, the aliens get ready to leave themselves. She comes outside and says her goodbyes to them, but soon Ted comes out and finally sees the ship, and Valerie admits that the trio are aliens. He tries to go call the police, but Mac zaps him and Valerie with his “love touch” ability so they can be happy together, even though it hurts him to let Valerie go.

However, as the ship is lifting off, Valerie calls out to Mac that his love touch didn’t work, and that she loves him and will go with him anywhere. After saying a half-hearted goodbye to Ted and giving her engagement ring back, she is picked up by Mac and they kiss, and they soon take off to his home planet of Jhazalla. 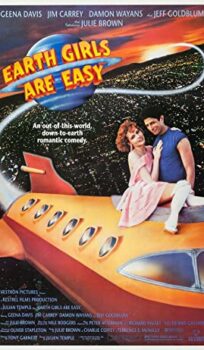