A large asteroid collides with the moon. The impact knocks the moon slightly off its orbit, creating chaotic weather patterns on earth. Debris from the collision destroys cities. Dr. Lana Gale realizes that her late father predicted this event: he had claimed that the moon had an iron core and that an asteroid collision would cause a fracture that would worsen until the moon broke apart. Lana warns her former employer the American Science Institute (ASI) that the broken pieces of the moon will collide with earth and destroy civilization unless they repair the fracture. Victor Stevens, the President’s advisor, had discredited Lana’s father’s theory in the past and doesn’t believe her now, but ASI’s head Dr. Garth Bender does and eventually Victor sees that she is right.

ASI brings in bluecollar demolitions expert John Redding (Stephen Baldwin) and tells him that they need him to tell them how to create a demolition that will stabilize the fracture. He leaves his team, Bryna and Ollie, at a job site in Baltimore where a fragment of the moon has landed. John proposes using welding to stabilize the fracture and ASI devises a plan to use some electromagnetic device to do this. Victor refuses, not believing that the moon has an iron core, and insists on sticking to the original plan of detonating nuclear bombs in the fracture.

John and two astronauts make a risky launch in a fierce tropical storm and fly to the moon. Bryna brings ASI a fragment of the meteorite which struck Baltimore and Lana discovers it contains heavy metals; her father had been correct and the moon has an iron core. Their apparatus will not have enough power to work. ASI’s team devises a plan to use engine power for the detonation and Pegasus drops the nuclear bombs in the fracture. The Pegasus flies out of the fracture as it reaches critical instability and John detonates the bombs. The fracture collapses in on itself, stabilizing the moon and returning it to its orbit. Earth is saved. 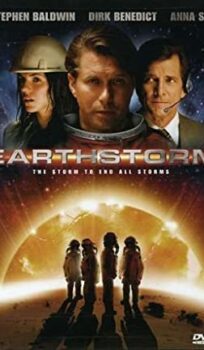