The war between the McCluskey and Riley families boils over when Wade (James Badge Dale) witnesses Marcus (Rhys Wakefield) and his niece Abigail (Maika Monroe) together as lovers. Wade then proceeds to beat Marcus half to death and warns him to stay away from Abigail.

Enraged, Randolph McCluskey (William Forsythe) takes Marcus and his other son Dillard (Ryan O’Nan) over to the Riley farm seeking vengeance. As Wade taunts Randolph, Randolph raises his rifle to shoot Wade but his horse gets startled causing him to shoot and kill Samuel Riley (Owen Teague), Wade’s nephew instead by mistake.

Having enough, Wade storms the McCluskey farm, wounding Randolph and ruthlessly killing Marcus, Dillard, and Doris McCluskey (Beth Broderick). Abigail and her father Seamus (Ethan Embry) chase after Wade only to find the McCluskey estate on fire and everyone dead but Randolph. Wade offers Seamus his final bullet to kill Randolph, but Seamus refuses. Wade tries to kill Randolph himself, only to be shot dead by Seamus.

The film ends with the survivors contemplating their grim, unhappy future. Randolph looks at his surviving cattle, left with the knowledge that his arrogance and rage led to the destruction of his entire family. Abigail works on the family farm, briefly looking at the ring Marcus gave her, left with regret at not running away with him when she had the chance. As for Seamus, he prays at the grave of his wife, the plot now holding his son and Wade. He breaks down in tears, apologizing to her for not protecting them. As he walks away, he places a wooden soldier on his son’s grave, a gift from Wade. 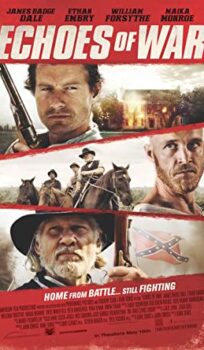