Emma was planning on blowing the whistle on her bosses at the nuclear plant for building nuclear missiles with foreign parts so that, if used, the weapons would be traced back to an enemy country rather than its true origin.

Bennett, the manager of the plant, conspires with Moore, Senator Pine, and Jedburgh to have Tommy killed for investigating his daughter’s death. They plan to do this by kidnapping him and poisoning him with the same radiation that they contaminated Emma’s milk with. Though struggling, Tommy manages to escape the plant and make it to Bennett’s house, where he kills the two security agents, one of whom was the on who killed Emma at the beginning of the movie. He finally kills Bennett and is taken to the hospital.

Elsewhere, Jedburgh is talking with Moore and Pine. He explains that he has had a change of heart since Tommy had lost his only family, and Jedburgh never had any family to speak of. Jedburgh kills Pine, Moore, and Moore’s assistant, and then lets the responding officer shoot him dead.

At the hospital, Tommy sees his daughter visit him, even though it is just the nurse checking his vitals. The next scene shows Tommy and Emma walking out of the hospital, indicating Tommy’s death. 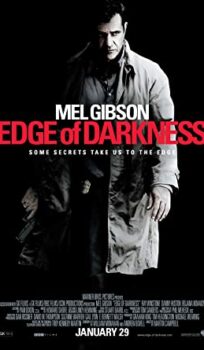