In 1962, captured Nazi War criminal Adolf Eichmann (Thomas Kretschmann) is being interrogated by Avner Less (Troy Garity) about his involvement in the Holocaust in order to get undisputed proof of his guilt in order to secure a swift guilty verdict.

Eichmann however, denies any actions that would make him complicit in the murder of Jews in Europe (though flashbacks to his time in power show differently). Avner is running out of time and cannot find the proof he needs in order to make Eichmann crack. However, when listening to the transcripts, he makes a usuable connection. He looks for orders of a Jewish death march that was cancelled by Himmler then ignored and reinstated by Eichmann, proving his complicity in genocide. Eichmann, no longer able to deny his involvement, cracks.

Eichmann asks for a last request; that a letter he wrote will be sent to his children. Avner is less than sympathetic, telling Eichmann he is responsible for the deaths of 500,000 children. Eichmann says that is different because “they were Jews.” making his views on the matter entirely clear.

Eichmann is hanged May 31, 1962. Avner, despite hating Eichmann for what he stood for (and that many members of Avner’s family were killed by the Nazi’s), honors his last wish and mails Eichmann’s letter to his children. 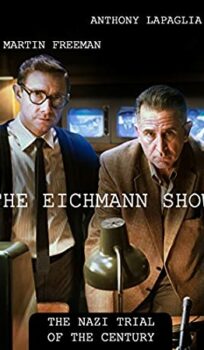