“El Cantante” Héctor Lavoe’s (Marc Anthony’s) spiral of self-destruction, disorder and depression reaches a peak when, altogether, he is diagnosed with HIV, out of his rampant drug use; he learns about the death of his father; his teenager son Tito (Christopher Becerra) is accidentally shot and killed; and his last attempt to a concert in Puerto Rico flops, because of a poor ticket sale and an unexpected storm during it.  He goes ahead and attempts suicide by jumping out of the balcony of the 9th.-floor room of the hotel he was staying at; luckily enough, he survives.

Title cards inform that he eventually died of AIDS complications (in 1993, that was); and Puchi (Jennifer Lopez), his wife, also died in an accident in 2002, a few weeks after offering the interview in which the movie was based.

The movie ends dedicated to members of the group of Fania All-Stars, as hit song “Periodico de Ayer” plays over, and the credits roll. 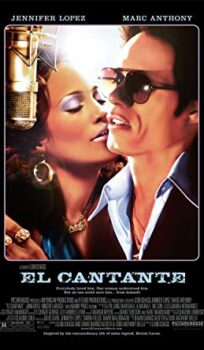