Fifteen minutes before the midnight hour at the end of the third day, the vampire (Martin Kemp) lures Charlotte (Alyssa Milano) through hypnosis up to the top floor of the college’s bell tower so he can bite her and claim her soul, thus preventing himself from falling into eternal sleep. Chris (Harrison Pruett) – who was finally made aware of the vampire earlier in the night when he was seduced by him in female form and ended up fighting off his advances – then arrives on the campus looking for her, and after seeing that the lights in her room are off but the ones in the bell tower are on, he deduces that she must be up there and thus goes there.

Once Chris reaches the top, he finds the vampire about to bite Charlotte, and the vampire demands for him to go away. Chris tries to attack him, but the vampire sends him to the floor with an incapacitating electrical shock. As he goes to do more harm to Chris, the bell starts tolling the midnight hour. Weakening more and more with each gong, the vampire crawls over to Charlotte and tries to bite her again, but she wakes up and says Chris’ name. The vampire tells her of think of them and not Chris, but she says Chris’ name again when he attempts another bite. Painfully accepting that she has given her heart to Chris, the vampire lets her know that she cannot take Chris’ love to eternity with her, and then removes the ankh necklace he gave her and leaves just as she falls asleep.

Charlotte awakens a short time later and checks on Chris, and after seeing that he’s alright, she reminds him that today is her 18th birthday, and they kiss and embrace as he wishes her a happy birthday (he had wanted to be the first person to say it to her). Meanwhile, the heartbroken vampire returns to his lair and drifts away into eternal sleep. 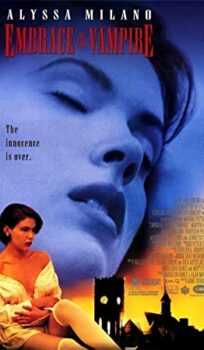