Paul (Rock Hudson) has sex with Victoria (Barbara Carrera) one night and impregnates her. However, she doesn’t tell him about it, and the pregnancy causes her to age rapidly.

Martha (Diane Ladd), having grown scared of Victoria and suspicious about her origins, decides to move out of Paul’s house and back to Minnesota. As she sleeps the night before her departure, Victoria injects a drug into her that Paul gave her (Victoria) during her creation, which causes Martha to have a fatal heart attack upon arrival in Minnesota. Paul decides to go there to arrange her funeral, leaving Victoria alone at the house.

Victoria proceeds to destroy all of his notes and audiotapes detailing her creation, and then begins looking for a five-to-six-month-old fetus, since she learned that the pituitary gland extract from one could restore her youth. In Minnesota, Paul finds out from the coroner what had caused Martha’s heart attack, and realizing Victoria was responsible for it, he calls his son Gordon (John Elerick) in Seattle to tell him and his five-months-pregnant wife Helen (Anne Schedeen) about it. However, Gordon tells him that Helen went home early and he told her to stay with Victoria until he got back. Frightened, Paul tells Gordon to get the next plane home, and hangs up.

Shortly after Helen arrives at the house, Victoria knocks her out and surgically removes her fetus. Paul and Gordon arrive soon after, but when they try to subdue her, she kills Gordon as well as Helen’s fetus and escapes in a car. Paul gives chase and runs her car off of the road, but she survives, though she is now an old hag. He then tries to drown her in a nearby river, but passersby and eventually the police stop him. As paramedics tend to her, they reveal that she’s going into labor. Shocked at this news, Paul screams for her and the baby to die, but then she then tells him “It’s your baby, too!”, causing him to go into hysterics. Just before the credits roll, you hear the baby being born. 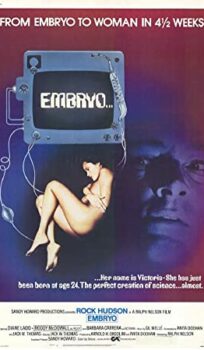