Jed (Rhys Ifans) has erotomania; an irrational belief that a stranger is in love with them. He focuses his attention on Joe (Daniel Craig), a man he met in the course of a horrific ballooning accident in the countryside.

Joe’s obsession on how the accident could have been prevented, along with Jed’s stalking, strains his relationship with his girlfriend Claire (Samantha Morton). Jed eventually shows up at their apartment and makes one final gamble for Joe’s affection. He stabs Claire to get her out of the way. Joe, to drop Jed’s defenses, tells him he loves Jed and kisses him. Joe then proceeds to stab Jed, and then attend to Claire.

Claire and Joe eventually reconcile, but their relationship will be strained for quite some time. Jed is shown to be in a mental hospital, writing a letter, obstinately for Joe. It is clear he still hasn’t been cured of his delusion. 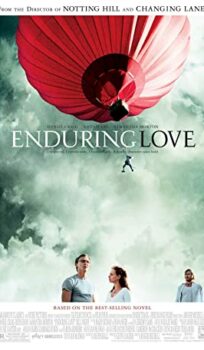