Jeriba “Jerry” Shigan (Louis Gossett, Jr.) dies from childbirth complications while giving birth to his son, Zammis (Bumper Robinson), but before he dies he has Willis Davidge (Dennis Quaid) promise him that he will somehow bring the child to the Drac homeworld, Dracon, and bring it before the Holy Council and recite the entire Jeriba lineage to them so Zammis will be accepted by his people, and that Davidge will put his own name in the lineage instead of Shigan’s. Davidge proceeds to raise Zammis as his own, but Zammis grows more and more curious about the ship run by the Scavengers on the planet, since they have Dracs working for them, and he wants to intermingle with his own kind.

However, what Davidge never fills him in on is that the Scavengers were outlaw miners who were using the Dracs as slave labor. Zammis heads to their location, but is soon discovered by their leaders, the brothers Stubbs (Brion James) and Johnny (Scott Kraft). Davidge, who chased after Zammis after he couldn’t find him in their home and suspected that he went to the Scavengers’ base, arrives to save him, and though he kills Johnny, he gets shot and seemingly killed by Stubbs before Stubbs takes Zammis away. A BTA surveillance team finds his body some time later and takes him back to their space station, and though they believe him dead at first, he manages to reveal to them that he is alive. He is nursed back to health, but once he is fully healed he goes back to the planet to save Zammis.

He infiltrates the Scavengers’ base, and after assisting some Dracs he learns from the eldest member that Zammis was being kept in the main ship. He goes there and finds Zammis, but Stubbs finds him. They soon battle it out, and it eventually culminates with Davidge and Zammis inside of a rock dumper, in danger of being dumped into a vat of molten liquid. Stubbs goes to shoot Davidge before he gets dumped, but the eldest Drac member shoots him, and he falls into the molten liquid and is burned alive. An arriving BTA squad stops the machine before Davidge and Zammis suffer the same fate. Davidge and Zammis hug outside, and the humans and Dracs present see each other in a positive light for once.

Davidge brings Zammis and the other Dracs home to Dracon, and he brings Zammis before the Holy Council and recites the entire Jeriba lineage to them, ensuring Zammis’ place in Drac society. It is revealed that when Zammis brought his own child before the Council some years later, the name of Willis Davidge was indeed added to the line of Jeriba. 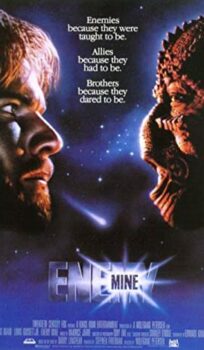