Suziey (Suziey Block) lives in LA with a dead end barista job with no prospects for the future. Lonely and disconnected, she has little in her life except for her dog. Suziey begins to become paranoid that someone is following her, and when her dog goes missing, she decides she has had enough of LA and wants to move home. Her sister drives up to help her move, and her roommate throws her a goodbye party with a few friends.

When the power goes out, Suziey goes to investigate only to be knocked out and restrained by a masked killer. The man has been stalking her out an obsessed love of her even though he realizes she doesn’t love him. He never intended for any of it to go further but her moving away forced his hand. The man proceeds to murder Suziey’s sister and all her friends. Suziey attempts to escape but gets caught on the patio with the killer holding an axe. The man then drops the axe and grabs Suziey in a lover’s embrace as they look out to the shining lights of the city.

The film ends with them in this embrace, with the madman trying to soothe the softly sobbing Suziey. Her overall fate is left unknown. 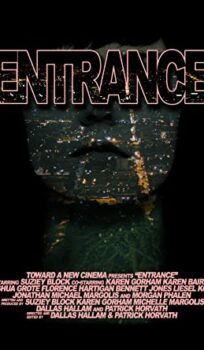