Mac (Sean Connery) neglected to tell Gin (Catherine Zeta-Jones) that the FBI actually caught him two years ago, and have been using him as an informant in exchange for leniency when he’s eventually prosecuted. Thibadeaux (Ving Rhames) is Mac’s FBI “keeper.” Cruz (Will Patton) suspected her, and used him to trap her. Mac outsmarts the feds, however, by arranging Gin’s “collar” to take place on a train platform, from which he manages to make both of them (and the stolen money) vanish into thin air. 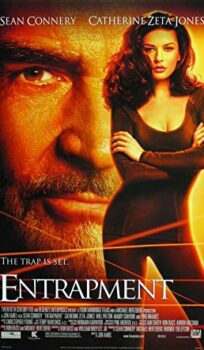