An Ex-CIA agent turned engineer Ben Logan (Aaron Eckhart) is horrified to discover one day that his company, a subsidiary of the Halgate group, doesn’t actually exist and that everyone he worked with is either dead or trying to kill him. Going on the run with his daughter Amy (Liana Liberato), Logan must evade killers and a former CIA co-worker Anna Brandt (Olga Kurylenko).

It turns out Logan was working for Halgate, but for illegal reasons unknown to him. Instead of designing security software, he was being used to break it, so Halgate could recover evidence that it was transporting weapons during a ship sinking, and thus help the plaintiffs of a class action lawsuit against the company. Anna had arranged it to be retrieved with minimal blowback but Halgate, lead by James Halgate (Garrick Hagon) decided to do a “clean sweep” and kill everyone.

In the end, Logan agrees to a trade; the evidence for his kidnapped daughter. Anna chooses her conscience and tries to help Amy, only to be fatally stabbed by Maitland (Eric Godon), Halgate’s private assassin. When Logan meets with Halgate, Halgate tells him that only Amy will be allowed to walk away. Logan pretends to agree, but knowing Halgate will break his word and kill her, Logan detonates hidden C4 in a briefcase he gave Halgate, killing him, Maitland and the rest of his security.

The film ends with Logan reuniting with his daughter at an airport. 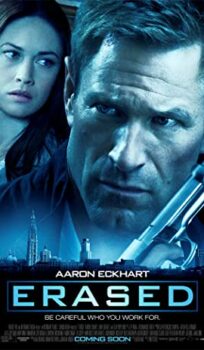