Breslin (Stallone) and Rottmayer (Schwarznegger) escape the prison which actually exists inside a large tanker that circles the coast of Morroco. It is an off-the-grid facility in which people pay large sums of money to illegally imprison subjects of their choice.

Breslin was hired by a mysterious lawyer to escape, and offered $5 million to do it. When he accepts he is given an alias and taken away to a location undisclosed.

It is revealed that Rottmayer’s real identity is of a man wanted by the corrupt leaders of the prison. This is due to his politics that would ruin their ability to maintain the facility by eliminating the bank loopholes and illegal methods that they use to get rich.

It turns out that Rottmayer’s daughter is the one who hired Breslin, specifically to help her father escape, and the alias was so Rottmayer would know who Breslin was.

It is also revealed that Breslin’s boss was offered $5 million per year to act as CEO for the prison if Breslin failed to escape; presumably to buy him off, in order to assure he attempts to steer Breslin’s partners away from the idea that he was actually imprisoned. 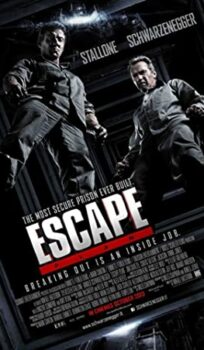