Scott Galban (Keanu Reeves) investigation into the murder of his partner Joey is dropped by the department. While looking into his death, the department learns that not only was Joey corrupt, he was a rapist. Unwilling to take back Joey’s pension from his grieving widow Janine (Mira Sorvino), and knowing that the department would be drugged through the mud in the ensuing scandal, the police are dropping the investigation completely.

Isabel (Ana de Armas) killed Joey. He had raped her that night in the subway, leading to her “miracle” pregnancy. After he raped her, she stabbed him in the back and he fell on the tracks of an incoming train. She begins to suffer from hallucinations that hamper her efforts to protect a student of hers, Elisa (Venus Ariel) from an abusive parent. This drive to protect eventually leads Isabel to kill her father when it appears he hurt Elisa.

However, when Galban and his new partner arrive at the scene, it is revealed that Elisa isn’t real. Elisa is rather the manifestation of Isabel as a child. She had been abused by her father and blocked it out. Joey’s rape had made her memories bubble to the surface, eventually leading her to kill her father for the abuse she suffered under him. 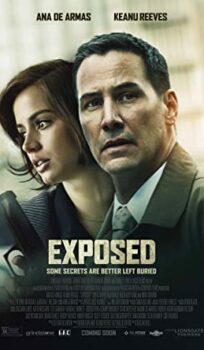