Joel (Jason Bateman) owns a successful company that makes flavor extract which he is preparing to sell for a huge profit.

After an accident in the warehouse in which aspiring floor manager Step (Clifton Collins Jr.) is injured, he hires a temp, Cindy (Mila Kunis), and is instantly attracted to her. Cindy is a con artist and is looking to scam Joel by convincing Step to sue the company, which would ruin Joel’s plan to sell the company. Joel fails to realize this and wants to have an affair with Cindy but would feel guilty about cheating on his wife. His best friend Dean (Ben Affleck) suggests that they hire a male prostitute named Brad (Dustin Milligan) to tempt his wife Suzie (Kristin Wiig) into cheating first.

This plan works and Suzie starts up an affair with Brad, but Joel is very upset about his wife cheating. He begins pursuing Cindy and slowly realizes that she has been stealing from the employees and that she is behind Step’s lawsuit. He confronts her and, after she admits to everything and agrees to leave Step alone and leave the company, he sleeps with her. In the morning she has disappeared, leaving all of the stolen objects on the counter.

In the end, Step withdraws the lawsuit and is promoted to floor manager, Joel decides not to sell the company, and Joel and Suzie realize that they love each other and it is implied that they reconcile. 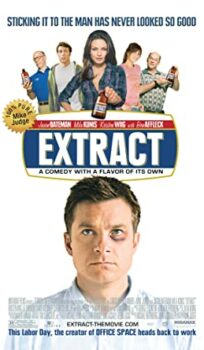