Edie (Sienna Miller) begins a relationship with a “folk-singer” (obviously Bob Dylan [Hayden Christensen], but because of a lawsuit he is unamed).

Dylan becomes frustrated with Edie for not leaving what he sees as a destructive relationship with Warhol, and he in turn leaves.

Edie quickly spirals into drug abuse and though she cleans up long enough to narrate the movie, she over-doses at the age of 28. 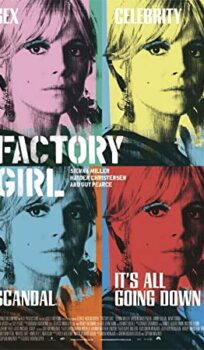