Philip Marlowe (Robert Mitchum) finds out that Helen Grayle is Velma (Charlotte Rampling). She married a rich judge and kept the money from the bank job, while her boyfriend Moose Malloy sat in jail for 7 years.

She and the ganster Laird Brunette (Anthony Zerbe) were behind the killings of all the people who knew about her past as a prostitute.

A young Sylvester Stallone appears as a driver after Philip Marlowe has been knocked out the second time. 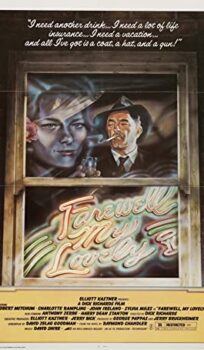