Dominic (Vin Diesel) and Brian (Paul Walker) meet up again five years after the events of the first film in L.A. Brian is working to bring down a drug cartel headed by a mystery man named Braga. Dom wants revenge for the death of Letty (Michelle Rodriguez) at the hands of Fenix, Braga’s thug.

Both guys compete in a race to become drivers for Braga. Dom wins, but Brian finds another way in the gang. After ferrying drugs through the border from Mexico, Braga’s men try to kill them and both escape. During this, Brian reunites with Mia (Jordana Brewster).

Dom finds out that Letty was working undercover with the feds in exchange for clearing Dom of criminal charges; also, Campos (John Ortiz) the man who originally hired them, is actually the real Braga. After their attempted bust goes bad, Dom and Brian head into Juarez and arrest Campos.

They are then chased by goons though a series of underground caves. Brian gets badly injured and Dom saves his life by killing Fenix.

Tired of running, Dom turns himself in and is sentenced to 25 years in prison. The final scene shows him on a prison bus on his way to jail, when Brian, Mia, and others show up in their cars to break him free. 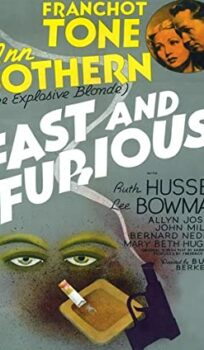