“Driver” (Dwayne “The Rock” Johnson) kills ALL BUT ONE of the men who murdered his Brother during a robbery of the funds from a Bank Heist that He, His Brother and his Brothers Friends pulled off a decade earlier.  Driver was shot in the head during the robbery, but survived and spent the next decade in jail plotting his revenge.

The man Driver spared was “The Evangelist” (Adewale Akinnuoye-Agbaje), because he tells Driver that he forgives him for what he is about to do, and then prays for Driver instead of Himself, even though he believes he is about to die.

After sparing The Evangelist, “Killer” (Oliver Jackson-Cohen), who was was hired to kill Driver, confronts him in the church.  He is about to shoot Driver, when he is stopped by “Cop” (Billy Bob Thornton), who shoots Driver as soon as Killer lowers his gun.  It turns out that Cop, who was co-leading the investigation, was the Mastermind of the robbery, and also the man who shot Driver in the head.  He hired Killer because he did not believe that he would be able to kill Driver himself, but decided to do the job himself due to Killer’s incompetence in getting the job done.  Killer ends up refusing his payment ($1) and heads off to be with his new wife Lily (Maggie Grace).

Cop calls his ex-wife (who also happens to be Driver’s brother’s old girlfriend and the person who betrayed them to Cop) to tell her that the job is over and he will be going home.  However, he is then shot and killed by Driver, who survived the gunshot thanks to the metal plate in his head (a result of his previous gunshot wound).

Cop’s parter Cicero (Carla Gugino) found out about his true intentions, but did not end up telling her superiors (since he was dead anyway).  After finally getting his vengeance, Driver dumps is brothers ashes into a lake and drives off into the sunset. 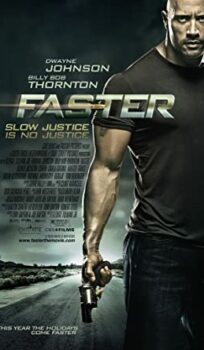