Derrick Tyler (Michael Ealy) is a former college basketball star turned sports agent with his best friend Rafe Grimes. He is also married to Tracie, but he feels that their marriage has hit a bump. During a trip to Vegas, Derrick meets a woman named Valerie Quinlan (Hilary Swank), and the two engage in a brief affair.

Back home, a criminal breaks into the Tyler home. Derrick is shocked to discover that the lead detective on the case is Valerie. Although she agrees not to tell Tracie about the affair, she is also having personal problems of her own. Her ex-husband, politician Carter Heywood, refuses to let Valerie see their daughter after she passed out drunk and the girl accidentally shot and paralyzed herself with Valerie’s gun.

Valerie brings Derrick to a beach house where they find Rafe and Tracie having an affair. Later, the two are found murdered. Derrick becomes the prime suspect. After he realizes Valerie committed the murders, Derrick’s cousin Tyrin gets a friend to go kill Valerie, only for her to kill them first. She uses this against Derrick to have him kill Carter so she can have sole custody of their daughter. Derrick tries to warn Carter, but the man attacks him and Derrick accidentally shoots Carter dead.

Derrick goes back to Valerie’s home to get Tyrin’s gun so he can bring it to the police station as evidence to exonerate him. However, he knows that Valerie plans to kill him too to cover up loose ends, so they engage in a shootout, ending with Derrick fatally shooting Valerie and showing her that he recorded her confessing to the murders and her motive for it, thereby clearing his name. 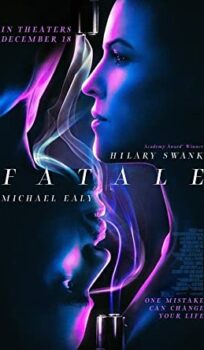