Dale (Robin Williams) & Jack (Billy Crystal) finally get Nikki (Haylie Johnson)– the girl Scott (Charlie Hofheimer) is chasing after –to truthfully tell Scott that she didn’t like him anymore, and they then save Scott from the drug dealers Lee (Jared Harris) & Matt (Louis Lombardi) by beating them up. Scott’s stepfather Bob (Bruce Greenwood) is dropped off back at his house by Calvin the trucker (Dennis Burkley), who tells him to not be so stiff and to show Scott he loves him instead of just telling him so.

Dale and Jack return Scott home the next day to his overjoyed parents, and Collette (Nastassja Kinski) privately admits to Scott that she lied to Dale & Jack about them being possibly his father. Scott tells her that he wants to be the one to tell them the truth, but as he speaks to both of them separately, he tells them both that they were his father, and he agrees with each one to keep it a secret from the other.

Dale and Jack go back to Jack’s place, and Jack allows Dale to take his Jaguar to the airport so he can make his flight home to San Francisco. After Dale leaves, Jack goes inside and meets with his wife Carrie (Julia-Louis Dreyfus), telling her that Scott told him he was his dad – but he knew he was lying. He didn’t mind, though, because he thought Scott was a good kid for telling him that to make him feel happy, and that just the idea of being someone’s father made him feel good. He then tells Carrie he wants to start a family with her now, and they kiss.

On the way to the airport, Dale meets Virginia (Mary McCormack), a beautiful girl whose car had broken down on the way to the airport, and he learns that she is on the same flight to San Francisco that he is on. After learning she is single, like him, he decides – due to his fear of flying – to drive to San Francisco with her in the Jag, and tells this to an exasperated Jack over the car phone. 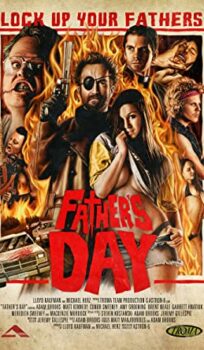