Michael Carter (Alex O’Loughlin) is under investigation by Phillip Jackson, part of a Cybercrime taskforce. He discovers a feeder-fetish (someone who is sexually attracted to women being fed to obesity and beyond) website where Michael is feeding women until they are simply too fat to live, all in the name of a fetish. His superior officers believe that it is just a fetish, and if the women are being fed willingly, it isn’t illegal.

Phillip travels to America and begins to hunt Michael down, against his superior officer’s orders. Using various leads, he is lead to find out that Michael’s plans are actually much more sinister. While he does it for sexual gratification, he’s also running a giant underground gambling ring, where people bet money on how fat Michael can make these women before they die.

Phillip eventually tracks Michael down, but everything he’s done was without permission. He has no warrant for his arrest, and so can’t arrest Michael for anything. However, he refuses to let Michael go.

As punishment, Phillip chains Michael to a chair inside of his own home, and, in an ironic form of punishment, starves Michael. The last scene is Michael extremely thin, almost deathly skinny, begging Phillip to feed him. 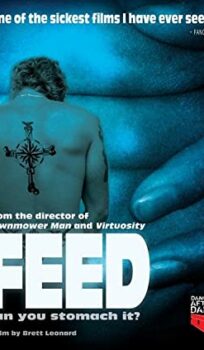