Upon learning of Hexxus’ return, the wise sprite Magi Lune sacrifices herself so her power can be transferred to Crysta and all of the other fairies so they could defeat Hexxus.

In the confrontation with Hexxus, Zak manages to shut the Leveler down so he won’t cut down any more trees with it, and then Crysta takes a seed out of a piece of fruit and – remembering Magi’s words of how “all the magic of creation exists within a single tiny seed” – she enchants it and then has Hexxus swallow both her and the seed. The seed, combined with Crysta’s magic, causes Hexxus to start turning into a tree again, and Pips leads the other fairies in speeding up the transformation with their combined power. Hexxus becomes a tree again and the Leveler is destroyed during it. A short time later, Crysta emerges from a flower on the tree, alive and unharmed.

She hugs Zak and tells him that now Hexxus could never harm FernGully again, but Zak reminds her that humans still could, and that’s why he needed to go back to the way he was, so he could get the message out that the rainforest must be preserved. Crysta gives him an enchanted seed and then restores him to his normal size, and Zak plants the seed and sets off with his fellow lumberjacks, Tony and Ralph, to stop the destruction of the rainforest. Crysta takes Magi’s place as the wise sprite now that she has learned how to control her powers. 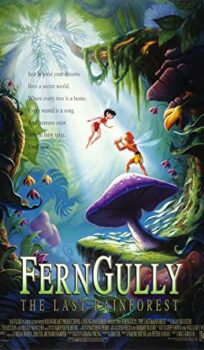