Art (Jay Beruchel), a street kid in downtown East side of Vancouver, BC is sneaking into his girlfriend Cody’s (Sarah Lind) apartment because the landlord thinks they were doing illegal activity.  Art is late for dinner and thinks Cody started the ‘party’ without him – there is open needle drug parafanial.  An ambulance is heard in the background while Art tries to revive Cody who appears to be asleep.

Cody is in a coma with other internal injuries – her kidneys are failing.  The social worker assigned to the case believes Cody’s injuries and ailments stem from her living on the street even though she had a nice apartment.  Art cannot be consoled until he tries out his dumpster diver friend’s, Harvey (Jim Byrnes), time machine – old carpet chair with Christmas lights on it.

Art has the idea that he can go back into Cody’s life to resolve her issues:  of bullying at school (Cody started her period while wearing white shorts during gym class in front of all the girls who laughed at her); getting her older brother, Holden (Lucas Blaney) to not shoot himself in the head because he is gay and got a hard on in front of his gym class plus he’s truly in love with his best friend; being attacked when she was 8.  None of his frequent trips to the past get Cody out of the downtown East side or out of her coma.  The nurses console him saying that her troubles started a long time ago.

Cody eventually dies from her injuries.  Art goes to her funeral which is put on by her parents.  Art finds out that Cody’s brother still killed himself.

Art loves Cody so much that he realizes the only way to truly give her the life she deserves it to ensure that he never meets her when she arrives to the downtown East side to give the needle drugs in the first place.  Art gets his past self arrested before Cody shows up.  Cody continues walking never meeting Art.

Art goes back to the present.  Harvey is waiting and asks Art how it went.  Art does not remember Cody or what he did to ensure she lives.  Harvey returns the time machine to the dumpster.  Art takes a bus out of the downtown East side.  We see a goth Cody sitting on the same bus. 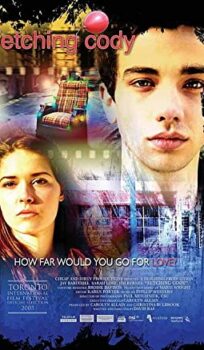