Lindsey (Drew Barrymore) meets Ben (Jimmy Fallon) who happens to be obsessed with the Boston Red Sox. Lindsey ends up becoming pregnant and she feels Ben isn’t a good father for the baby but alas she stays with him. Later she finds out that she’s not pregnant. She and Ben eventually break-up due to the constant times Lindsey gets dragged to the baseball games.

Ben decides to sell his tickets to her friend Robin’s husband Chris. She then realizes that he’s selling the tickets because of her. So, she runs across the field, being chased by security guards and baseball players until she finally gets to Ben. She rips up the ticket contract and kisses Ben in front of everyone.

Later, the Red Sox win the World Series, and in the middle of the pitcher’s mound, Lindsey and Ben celebrate.

A voice comes on and tells you that Lindsey and Ben are expecting a child again. 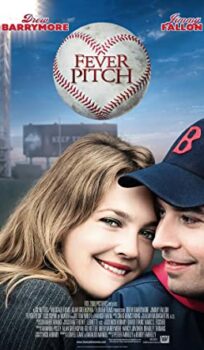