Tevye and the other villagers learn that they must move away from their town, Anetevka. They ask the Rabbi if they have to move, and with him saying yes, they have no choice. They sing a song, “Anetevka”. Tevye, Golde (his wife), and his other two daughters (his three other daughters were either married and one was sent to jail along with her love) pack up and sadly move out. Tevye sees the Fiddler (who actually is a minor character, although he is part of the title) and invites him to move with them. 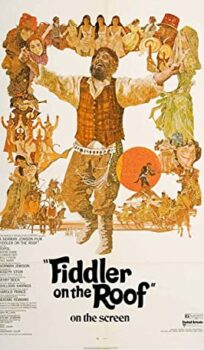