Taking place in 2007 in Iraq, a sniper and scout team,  Shane Matthews (John Cena) and Allen Isaac (Aaron Taylor-Johnson) are sent to check out a pipeline where civilian contractors and security forces have been killed. After reconnaissance that lasts an entire day, Matthews thinks there is nothing there, only to be shot by a hidden sniper.

Allen, wounded by the same sniper, attempts to call for help, only to realize he is being tricked by the enemy sniper who has intercepted their signal. Allen eventually figures out the sniper is in a trash heap and Matthews tries to hit him, but misses, and is killed by the sniper.

Getting another radio to work, Isaac realizes the sniper, the infamous “Juba” has spliced audio from their conversation to fool his superiors and Isaac realizes that is Juba’s M.O.; constantly causing another group to call for help and kill all that arrive. When Isaac sees helicopters arriving, he breaks down the wall, and fires his only shot, apparently killing Juba. However, when the helicopters take off, a medic is shot, and Isaac screams that Juba is in the trash. More men in the helicopter are killed and both helicopters go down as Isaac screams. We hear a crash and Isaac is presumably killed.

The last shot is Juba watching the wrecked helicopter, calling for help once more, setting yet another trap… 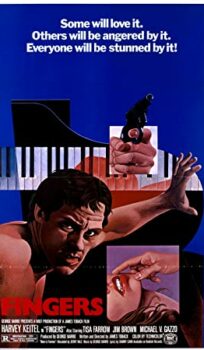