John “Doc” Bradley (Ryan Phillippe), Rene Gagnon (Jesse Bradford) and Ira Hayes (Adam Beech) all served during the battle at Iwo Jima.  The picture of the 6 men hoisting the flag becomes a national symbol of heroism and the government uses the 3 men, the only ones from the photo who survive , to promote war bonds to help fund World War II.  The men tour the country for months, promoting war bonds along the way, all the while dealing with their haunting memories of battle.

Rene seems to be most comfortable in the limelight.  He gets engaged to his girlfriend Melanie and asks Doc to be his best man.  After the war is over, Rene tries to contact all of the business men whom he met on the war bonds tour and who offered him jobs, but is unsuccessful and spends the rest of his life working as a janitor.

Ira is least comfortable being at the center of national attention and is haunted by images of his war buddies, especially Ed Block who was part of the flag raising but due to miscommunication and a cover-up by the government, is never given credit in the famous photo.  Ira starts drinking heavily and shows up at many of the tour stops intoxicated.  Finally, he is released from the tour and sent back to the war front.  After the war is over, Ira never quite lands on his feet.  He works menial jobs and finally tries to make peace with his memories by going to Ed Block’s parent’s house to tell them the truth – that it was their son in the picture.  Years later, Ira is found dead but no autopsy is performed.

Doc is a medical corpsman who helped save many lives.  His good friend Iggy is killed in combat shortly before Doc himself is injured in the line of duty and sent from the front on to the war bonds tour.  After the war is over, Doc marries his sweetheart, buys and runs a funeral home, and generally tries to stay out of the public eye.  He does however go to visit Iggy’s mother to tell her about how Iggy died.  Although we don’t find out, we assume that Iggy was savagely tortured and killed by the Japanese.   Years later, Doc dies at an old age with his son at his bedside.

Doc’s son narrates the end of the movie, as he is writing a novel called “Flags of our Fathers” in honor of his own father and the men who served with him at Iwo Jima. 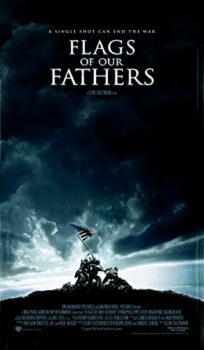