POOPER:
Logan kills Agent Carson, who was pursuing him in the desert, but Wyatt is killed.  Sheriff Wells tells Logan the truth about the events from 1963:  Michael Curtis was hired by the US Government to assassinate JFK, but was killed while attempting to escape into Mexico.  Logan flees to Mexico with the money, but vows to return one day to expose the truth.

LONG VERSION:
Bobby Logan (Kris Kristofferson) and Ernie Wyatt (Treat Williams) are US Border Patrol Agents assigned to West Texas.  One day, they discover the wreckage of a Jeep, along with the remains of the driver, a rifle, and a bag containing $800,000.  Logan wants to take the money and start a new life, but Wyatt is hesitant to do the same. They agree to hide the rifle and money inside the chimney of an abandoned house and start a discreet investigation.  Since they don’t want the Border Patrol to know what they are doing, they go to Logan’s friend Sheriff Wells (Rip Torn), who heads the police in a nearby town.  Logan and Wyatt discover the remains belong to a man named Michael Curtis, and the wreck had been in the desert since 1963.  They also discover the money is real, and it came directly from the Federal Reserve in Dallas.  A piece of paper with two phone numbers was also found on Curtis, and with the help of their telephone operator girlfriends, Logan and Wyatt find out one of the numbers is for a government building in Washington, D.C. and the other one is for the headquarters of the Dallas Police Department.

At this time, several FBI agents, led by Agent Carson (Kurtwood Smith), arrive to bring down a drug trafficker, and Logan and Wyatt are assigned to help.  Logan takes an immediate disliking to Carson, especially after Carson appears to tip off the trafficker of their presence prior to his arrest.  Later, a local prospector comes across the Jeep wreckage and notifies the Border Patrol.  The next day, Logan and Wyatt’s boss is promoted to a job in Washington, and Agent Carson announces he will be running the BP office until a replacement is named.  When Logan and Wyatt return to the wreck site, it’s surrounded by the US Army, and they are digging everywhere looking for something.  However, the guards won’t tell them what they are looking for.  Logan and Wyatt then go to the trailer of the prospector, but they find him dead and the trailer destroyed.  They also find several tire tracks, including those of another pair of BP agents, Lambasino and Roget.  The tracks lead to a farmhouse, where their tortured and mutilated bodies are found by Logan and Wyatt.  They also find tire tracks at the farmhouse that belong to a government vehicle.

Logan begins to fear for his life and wants to take the money and run, and this time Wyatt agrees.  But before they can go get it, Agent Carson orders them to split up and check out two different areas as part of another investigation.  Logan goes to his assigned area, but he sees heavily armed FBI agents looking for him.  Logan then goes to where Wyatt was assigned, only to discover he has been killed with Logan’s knife.  Logan then goes to the abandoned house to get the money, but Agent Carson and two other agents are already there waiting for him.  They shoot Logan, but just wound him.  Logan, a former Army Green Beret, uses his skills to avoid them and is able to kill the agents and wound Carson.  Logan simply asks Carson “Why?”, but Carson won’t answer and tries to shoot Logan again.  Logan then kills Carson before he can get a shot off.

Logan gets the money and rifle from the chimney and starts to think about everything that has transpired.  He eventually puts it together and determines that it has something to do with the JFK assassination.  Just then, Sheriff Wells shows up.  Logan thinks he is there to kill him, but the sheriff takes the money and puts it in Logan’s Jeep and tells him to flee to Mexico and start that new life he has always talked about.  He then tells Logan the truth about the events of 1963.

The US Government hired Michael Curtis to assassinate President Kennedy in Dallas, and the Dallas Police Department was in on it.  Wells was ordered to give false papers and the money to Curtis so he could enter Mexico, but he crashed his Jeep before he could cross the border and died in the wreck.  Since he never crossed the border, the government knew that he was probably dead in the desert, but didn’t know where until the prospector found the Jeep and called the Border Patrol.  Wells then tells Logan that because everyone thinks he killed his partner, more agents will be coming and they’ll continue to chase him until they kill him.  Logan gets in his Jeep and tells Wells that he will return one day to expose the truth.  The movie ends with Logan, with the money, speeding towards the Mexican border. 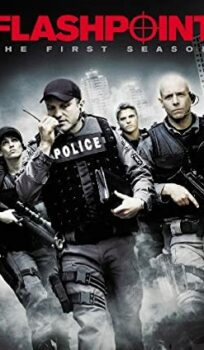