Mel (Ben Stiller) find his real parents, Mary (Lily Tomlin) and Richard (Alan Alda) in New Mexico and finds out they went to prison for making acid when he was born, which is why he was given up for adoption. Unhappy, Mel ends his fling with Tina (Tea Leoni) and decides to save his marriage with Nancy (Patricia Arquette) who was beginning to fool around with Tony (Josh Brolin), the bi-sexual old friend/ FBI agent they invited to the trip.

Paul (Richard Jenkins), Tony’s lover/FBI partner, gets mistakenly dosed with LSD through dinner which was intended for Mel by Mary and Richard’s threatened son Lonnie. Paul decides to arrest them but gets knocked out. Convinced the feds are after them, Richard and Lonnie decide to run to Mexico with the LSD stash they made in their secret lab.  They put the stash in Mel’s rental car and head back to the house to get Mary.

Pearl (Mary Tyler Moore) and Ed (George Segal), Mel’s adopted parents, drop by thinking he’s in trouble
but change their mind at the door and drive off in the Mel’s rental car by confusion.

Richard, Mary and Lonnie get into Pearl and Ed’s car (they’re identical rental cars) and drive off. Richard
gets into an accident with Ed but they take off soon after to avoid the police. Police find Peal and Ed with acid in their car that was put in the trunk. 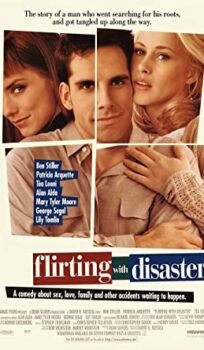