On the night Alex (Matthew Perry) opens up his club, he and Isabel (Salma Hayek) have a big blowout when he accepts a job back in New York, and he had already agreed with her that they wouldn’t move there until after the baby was born. The next day, he gets a call from the hospital saying that Isabel was there, and when he sees her, she tells him she suffered a miscarriage. She then says that the baby was the only thing keeping them together, and now that the baby was gone, they no longer had a reason to stay together. Isabel disappears the next day, going to her great-grandma’s (Angelina Torres) house in Aguascalientes, and Alex sells their house and goes back to New York.

Isabel eventually serves Alex divorce papers, giving him six days to contest it. While talking with her great-grandma about the divorce, it is revealed that she is still pregnant, and only said she miscarried because she didn’t want to stop him from living his life. Her great-grandma tells her that she must go back to him because it was her fear of love, not her love for him, that split them up.

Alex eventually realizes how much Isabel means to him, so he goes to her great-grandma’s house to see her. When he gets there, her great-grandma tells him that she went back to Las Vegas to give birth to the child. He intercepts her at the Hoover Dam, and tells her he loves her. Just then, she goes into labor, and as she gives birth to their daughter, she returns his love.

The last scene shows them getting remarried at the Grand Canyon in front of their families and friends. 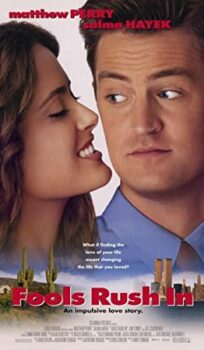