An obscure internet movie site hints that “Home for Purim”‘s leading lady, Marilyn Hack (Catherine O’Hara) is worthy of an Oscar nomination. Soon, rumors start flying and the media spins the truly awful movie into an Oscar darling, hyping nominations for all the leads, except for supporting actor Brian Chubb (Christopher Moynihan). Everyone believes in the hype and soon the cast are making the rounds on various talk shows and the studio even tosses a party for the cast and crew the night before the Oscars are to be announced. Brian Chubb does not attend.

No one is nominated, except for Brian Chubb who is nominated for best supporting actor. Chubb sleeps through the announcements because the media hype did not center on him and therefore he believes he has no chance for a nomination. 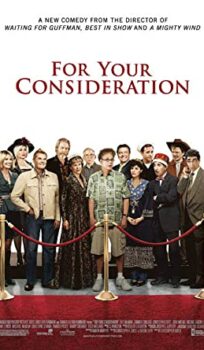