After going through a few difficult patches in their marriage, Ellen (Debra Winger) tells Mickey (Billy Crystal) one night that the airline she works for has offered her a big promotion, but it will require her to move to Dallas, and she wants to go there. However, Mickey responds by telling her that he has no desire to leave California because he considers this state his home. In light of this response, she informs him that she is going to be moving back to Paris instead; the promotion was also waiting for her there, but she chose Dallas in order to be fair to Mickey and his profession. However, since he has now made it clear that he is unwilling to move there, she is going to take the job in Paris, which she wants more. When she attempts to leave in a taxi for the airport a few days later, Mickey begs her not to go, but she says that she feels that she needs to go away for a little while, and he replies that it sounds like she wants to separate. He then asks her to stay until the NBA season ends and then they will go to Paris together because they were great there, but Ellen tells him to forget Paris and that maybe all they were was just one great week in Paris those four years ago. Upset, Mickey tells her that maybe she should go back there alone if that is how she feels about their relationship, and she gets into the cab and departs, crying as she goes.

Back in the present day, Mickey’s and Ellen’s friends Andy (Joe Mantegna), Lucy (Julie Kavner), Craig (Richard Masur), Jack (John Spencer), and Lois (Cathy Moriarty) explain to Andy’s fiancée Liz (Cynthia Stevenson) that it has been four months since Ellen left, but they know that she and Mickey miss each other based on the phone conversations and/or get-togethers they have had with them both. The group then decides to start ordering their dinners since Mickey is running really late, and Andy calls the waiter over. However, before he or anyone else can tell the waiter what they want to get, Andy asks him if he knows if the New York Knicks game that Mickey is refereeing tonight went into overtime because he is running late. The waiter replies that he doesn’t think so because some people at a nearby table were at the game and have been sitting there for over 30 minutes. After Andy tells the waiter to get some champagne, one of the guys at the other table comes over to the group’s table, having overheard what the waiter said, and he tells the group about a weird occurrence that took place before the game started where one of the referees was kissing a woman during the singing of the national anthem.

We then get taken back to the start of the game: As David Sanborn (himself) starts to play the national anthem on his saxophone, it causes Mickey to suddenly reminisce about the time he had his first dance and kiss with Ellen in Paris while a saxophonist was playing. He decides then and there that he can’t spend one more minute without her, so he tells his fellow referee Tommy (Tom Wright) that he can’t work tonight because he needs to catch a plane to Paris, and he starts walking across the court towards the exit. Thankfully, he doesn’t get far, because Ellen suddenly shows up out of the audience. Mickey meets up with her at center court, and he tells her that he was just about to go to Paris, but she replies that he can forget Paris because she hated it. She then asks him why things will work out between them this time, and he replies that he doesn’t know; all he knows is that they are better together than they are apart, and he doesn’t care where he moves to with her because home is wherever she is, and he also knows that he loves her. They then kiss, during which they get cheered by the fans.

After the patron finishes his version of the story and returns to his table, Liz cries out of happiness and says that Ellen must be that woman who got kissed. Mickey and Ellen then suddenly appear, and Andy introduces them to Liz, though the introduction is awkward due to Liz still being teary-eyed and hugging them both right away. The champagne is brought out, and Mickey does a toast to his late ne’er-do-well father for doing one really great thing: Bringing him and Ellen together. As they all start to order their meals, Ellen tells Liz that she is probably wondering what that toast was about, and she and Mickey soon start to tell her the whole story about them (again). 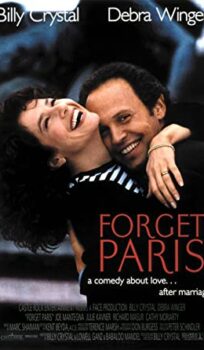