Bobby (Mark Wahlberg), Jerry (Andre Benjamin), Angel (Tyrese Gibson), and Jack (Garrett Hedlund) find out that their mother was set up. Jerry’s business is the reason why she was killed. Jerry told a local crime figure, Victor Sweet, to stay away from his business. The mother went down and raised hell with the councilman and the police. Their mother filed a report with a dirty cop Fowler (Josh Charles) that got passed on to Victor Sweet. Victor then had Evelyn killed. The brothers find this out from Jerry but the brothers are suprised by an ambush. Jack is lured outside where he is shot in the legs and pinned outside. Jack screams while Bobby and Angel kill most of the guys and Jerry stabbing one to death. Bobby rushes to Jack and sees him die. Lt. Greene (Terrence Howard) tells the brothers that Fowler is dirty and says that he will take care of it. Greene is shot to death by Fowler and is covered up to look like a gang shooting. The three brothers come up with a plan, leading to the ice. Victor Sweet was going to be paid off with $400,000 from a life insurance check that Jerry got from the death. Jerry switches the whole deal and pays off Victor’s bodyguards to turn against him. Bobby comes on the ice and beats Victor to death while Angel sets Fowler up and has him shot by the police. The brothers get away with the whole thing and rebuild their mother’s demolished home. 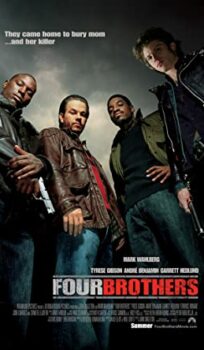