Milo’s (Sam Riley) childhood sweetheart Sally isn’t real. He only realises this when his mother explains that she was his imaginary friend.

The futuristic dystopia of “Meanwhile City” exists entirely in Jonathan Preest’s (Ryan Phillippe) head. Preest’s real name is David, and four years before the events of the film, he returned from service in Iraq to find that his little sister, Sarah, had been killed in an accident. David then retreated into the fictional persona of “Jonathan Preest”, out to avenge Sarah’s death by killing “The Individual”, whom he believes is responsible.

Peter (Bernard Hill) is David’s father. He manages to track David down, but the address he’s given belongs to Emilia (Eva Green). Peter tells her that he’ll wait at the restaurant opposite the apartment. David, who has been hiding in the building, breaks into Emilia’s apartment to snipe Peter (whom he believes is “The Individual”) from the window. David shoots, but the bullet is taken in the arm by Milo, who is there at that exact moment according to the instructions given to him by Sally.

Peter sees David at the window with the gun, and waits willingly for him to shoot. David lowers his gun, just as Emilia has turned on the gas in her apartment and threatens to turn on her lighter. David drops the gun, but he tells Emilia to leave and turns on his own lighter. The apartment explodes and David dies. Emilia makes it out and meets Milo, and there is an instant connection between the two.

A part of these events are apparently manipulated by Monk (Richard Coyle), who meets Peter, Milo and Emilia at separate occasions, and can also see Sally. 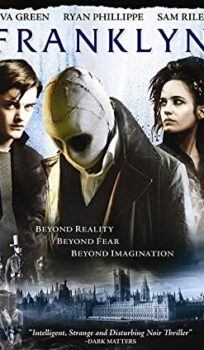