Though well in his 20’s, Freddy is picked up by a mental hospital for abused children and taken away. Gordon’s mother leaves Jim when she witnesses him drunk, harassing Gordon.

Gordon finally creates a cartoon that he bases on his dysfunctional relationship with his father. Dave initially turns the idea away, but when Jim interrupts and tears apart Dave’s office in an attempt to discipline Gordon, Dave is sold. He signs the cartoon over from Gordon for $1 million.

Gordon uses the money to buy Betty jewelry which he delivers to her in a helicopter. Betty tells Gordon that all she cares about is giving him oral sex. Gordon then uses the rest of his money to transport his house containing an unconscious Jim to Pakistan, where they are taken prisoner and held captive until an unexplained release. They are greeted upon their return to the States, and the movie ends as Andy runs into the plane’s propeller, but he’s okay. 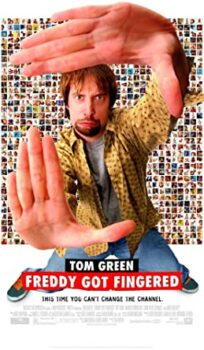