Robert Saunders (Dylan McDermott) is not an innocent victim.

Robert is actually Danil, a Russian assassin who had attempted to kill crime boss Oleg (Markus Parilo) the day before and failed. Alisa (Yuliya) is Robert’s girlfriend, who was trafficked and forced into a relationship with Vadim, Oleg’s son (who Robert indirectly killed). Oleg is killed by Robert but he and Alisa get trapped once more thanks to a wounded Stepan (Milan Malisic).

As Robert and Alisa try to stay warm, Detective Al Dorian (David McNally) enters and reveals himself to be corrupt cop like his murdered partner Sam (Peter Facinelli). Wanting to know where the money is, Alisa reveals it was hidden in the freezer the whole time. When his guard is down, Robert and Alisa escape and trap Dorian inside. The freezer is revealed to be a shipping container which they load onto a ship with Dorian still trapped inside. Alisa reveals to Robert that she was able to grab one box of money before they left, ensuring they have the means to start a new life. As they drive off to plan a warm vacation, they knock the injured Stepan into the water. 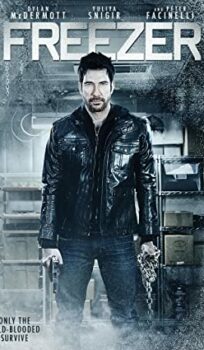