The long and complicated version: The body of the ‘Nightingale Killer,’ Jack Shepard (Shawn Doyle), is not found after the watery fight with Frank Sullivan (Dennis Quaid). That night, Frank repairs the radio and calls John (James Caviezel). Unfortunately, John is still living in a timeline in which his mother was murdered in 1969. As the fact that Shepard must still be alive dawns on the Sullivans, both men are simultaneously attacked by Shepard. In 1969, Frank blows off young Shepard’s hand with his shotgun, and Shepard flees. In 1999, old Shepard wins the fight with John, and is about to kill him when his hand suddenly turns to a mangled stump. As this distraction occurs, an aged Frank, who has entered the house unseen, kills Shepard with the shotgun. John begins to comprehend that he is now in a timeline with two living parents, and staggers up to hug his father. Frank reassures him by saying, “I’m still here, Chief.” 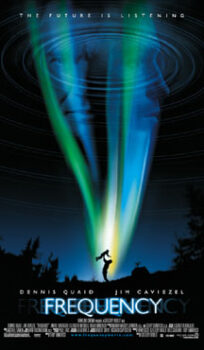