Parker, Joe and Dan are at a ski resort. They decide to go out for one last ski before the park closes, convincing the ski lift operator to let them on. As they are being brought to the top of the mountain, the other operator shuts off the lift and closes it until next season. Parker, Joe and Dan are left dangling 50 feet in the air in freezing, snowy weather.

In the middle of the night, Dan jumps from the ski lift, but the 50 foot drop snaps both of his legs right in half. A few minutes later, he is eaten alive by coyotes.

After a day, the bolt holding the ski lift that Parker and Joe are on to the cable begins to come loose. Joe, having no other options, begins to pull himself along the cable to the other lifts. Eventually, he makes it to a support beam and climbs down the ladder. With coyotes chasing him, he picks up his snow board and begins to ski away.

Parker remains on the ski lift for another day, waiting for Joe to return with rescue. However, figuring that he won’t be coming back, she begins to shake the ski lift, causing it to fall. She falls safely, but the cart falls onto her ankle, severely bruising it. She begins to crawl towards the road to safety.

Along the way, she finds Joe’s corpse being torn apart by coyotes. However, Joe’s death allows her to continue on, as the coyotes are too occupied with eating Joe to bother chasing her.

Parker makes it to the road and is rescued by a passing vehicle. 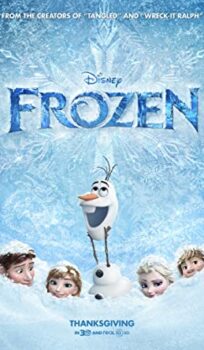