Long before Anna and Elsa were born, their father, King Agnarr, became aware of magic after learning about the four spirits of the Enchanted Forest (Air, Earth, Fire, Water). A fierce battle occurred between his father’s soldiers and the Northuldra tribe that inhabits the forest, but Agnarr was saved by his future wife and queen Iduna, who was part of the Northuldra tribe. As a result of her heroic deed, the spirits granted her a daughter with powers.

In the present day, Elsa hears a mysterious voice calling out to her. When strange forces threaten Arendelle, Elsa learns that the spirits are angry over a wrongdoing from long ago, so Elsa heads off with Anna, Kristoff, Olaf, and Sven to find answers. They meet the Northuldra tribe and Arendellian soldiers who were trapped for decades in the Enchanted Forest as a result of a mist that imprisoned them there. Elsa manages to tame the Air and Fire Spirits with her magic to prove to the others of what she can do.

Anna and Elsa later comea cross their parents’ wrecked ship, learning that they were headed for the fabled river of Ahtohallan to find answers about Elsa’s powers. After she sends Anna away, Elsa heads off to Ahtohallan on her own by taming the Water Spirit. There, she learns that her grandfather, King Runeard, had built a dam to limit the Northuldra’s resources to control them since they were so dependent on magic, and he even killed their leader when he objected to Runeard’s law. This created the mist as punishment from the spirits. Before Elsa can go back, she is frozen solid, which also causes Olaf to disintegrate. Anna learns the truth in time and heads off to get the Earth Giants and the soldiers to help destroy the dam. Elsa is revived quick enough to ride the Nokk to save Arendelle from being flooded. She reunites with Anna and revives Olaf, while Kristoff proposes to Anna, and she accepts.

Elsa stays in the Forest to aid the spirits, as she is the fifth spirit that is a bridge between them. Anna becomes the new queen, and she still keeps in touch with Elsa, who regularly visits Arendelle. 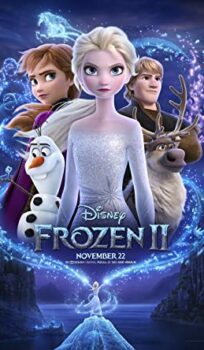