Archy Hamilton (Mark Lee) is a young athlete who wants to join Australia’s Light Horse regimen and fight in WWI against the enemy.  He meets Frank Dunne (Mel Gibson) at a race and defeats him but the two team up and head to Perth to join the army.  Frank isn’t really interested in enlisting, but follows Archy’s lead. Archy makes it into the Light Horse but Frank, with little riding experience, is sent to the Infantry. The friends go their separate ways until they are reunited again in Cairo during a training exercise.  Archy convinces the Sergeant to allow Frank to join the Light Horse so the two can serve together.

The troops deploy to Gallipoli, Turkey where they are outmatched by the native army.  In an attempt to gain a foothold, the Light Horse will make a push toward the entrenched Turks.  Before the battle, the Sergeant requests that Archy be the runner (aka messenger) since communications will most likely be knocked out once the fighting starts.  Archy wants to see combat and knows that his friend Frank does not so he asks that Frank be made the messenger.  The Sergeant agrees.  The battle starts and due to poor planning and timing, the Light Horse suffers heavy casualties.  The commanding officer has Frank go over the General’s head and run to the Col. White and tell him how badly the battle is going. The Colonel agrees that they need to rethink their strategy and sends Frank back to the front to tell the Sergeant to hold off on any more advances.  Frank runs as fast as he can but orders from the General advise the Sergeant to keep pushing.  Archy knows he and the men are doomed and just as Frank rounds the corner to deliver the stand-down orders, he hears the Sergeant give the signal to advance.   Archy and the rest of the men are gunned down while Frank screams, knowing his friend is gone. 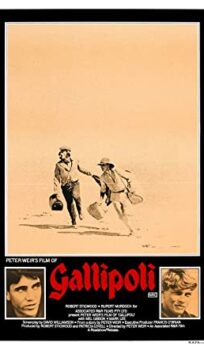