Since his plan to con his abusive boss Lionel Shabandar (Alan Rickman) into buying a fake Monet painting has hit too many snags, Harry Deane (Colin Firth) improvises a second plan. He will instead *steal* the genuine Monet Shabandar owns and replace it with a forgery created by The Major (Tom Courtenay).

At the airport, Harry and The Major say goodbye to PJ (Cameron Diaz) who helped their con happen. They then proceed to sell the real Monet to Shabandar’s rival for 10 million pounds. Harry and The Major walk off, discussing using Picasso forgeries to con Donald Trump. Meanwhile, as PJ boards her flight, she realizes Harry has given her the small painting of his she found beautiful earlier in the film. 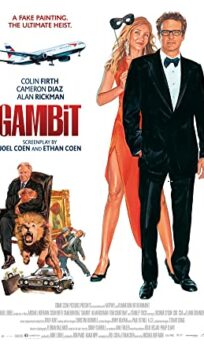