Pooper:
Tonya Harding is banned from figure skating for life for her role in the attack on Nancy Kerrigan. She goes on to be a boxer to stay in the spotlight. Text after the movie states that she is now happily married and a good mother to her son.

Long Ending:
The movie follows the rise and fall of real-life U.S. figure skating champion Tonya Harding. Text prior to the movie states that it is “based on irony-free, wildly contradictory, totally true interviews with Tonya Harding and Jeff Gillooly,” but also draws on publicly available statements made by other people including Harding’s mother, her coach, and Shawn Eckhardt. Within the movie (which is shot in a faux documentary style), characters vocally object to how certain events  are depicted in the movie.

Tonya Harding (Margot Robbie) is raised in an impoverished, abusive household by her divorced mother, LaVona Golden (Allison Janney). LaVona is domineering, crass, and constantly hits and denigrates Tonya. But she also devotes all of her resources towards Tonya’s figure skating career, which starts at the age of four. Despite Tonya not fitting the physical archetype of a figure skater, and lacking both the resources and “girl next door” image of her fellow competitors, she begins to rise to the top of the figure skating world due to her immense talent. LaVona often riles Tonya up prior to competitions, noting that Tonya performs better when enraged.

As a teenager, Tonya meets Jeff Gillooly (Sebastian Stan) and falls in love with him. The pair have a tempestuous relationship, with each often physically beating the other. Yet Jeff provides Tonya with a means of escaping her mother (the final blow coming when LaVona accidentally stabs Tonya in the arm). Tonya begins dominating figure skating competitions and becomes the first US female skater to land a triple axel in a competition. She goes to the 1992 Olympics and ends up in fourth place behind fellow Americans Kristi Yamaguchi and Nancy Kerrigan and Japanese skater Midori Ito. Tonya blames various people and things besides herself for her failure to earn a medal. Believing her skating career to be over, she returns to her small hometown and becomes a waiter. She also claims to have been good friends with Nancy Kerrigan.

Due to a change in the Olympic schedule, the next Winter Olympics will come in two years instead of four. Tonya would then still be in her prime. She divorces Jeff and rededicates herself to her training. She reaches out to her mother as well, but the two are unable to mend their relationship. Tonya is again victorious in the events leading up to the Olympics, with Nancy Kerrigan as her primary competitor. As the pressure builds, she reconciles with Jeff and asks him to manage her schedule. They are taken aback during one competition when Tonya receives a death threat. They believe Kerrigan is behind the death threat as a means of psychological warfare. Jeff and his best friend, Shawn Eckhardt (Paul Walter Hauser) agree to hire some locals where Kerrigan is training to send her death threats. Shawn then pays them (with Jeff’s money) to attack Kerrigan. After a skating practice, one of the men Shawn hired breaks Kerrigan’s knee. The movie never fully agrees on the extent of Tonya ‘s involvement or knowledge of the scheme (Harding claims her involvement was limited to reluctantly agreeing to send Kerrigan false death threats and that she neither knew of nor would have agreed to the attack).

The FBI quickly track down the assailants, which leads them to Shawn (who also claims he sent Tonya the death threat so that he could be hired as her bodyguard, and through her, a bodyguard for other Olympians). Shawn names Jeff as the mastermind. Tonya then goes to the FBI and also names Jeff as the mastermind. In turn, Jeff implicates Tonya in the “incident.” The FBI also finds a note in Tonya’s handwriting listing the name of Kerrigan’s practice rink and Kerrigan’s training times. As this is the dawn of cable news, a 24/7 news cycle builds around the story, with media constantly hounding and demonizing Tonya. She eventually has to sue the Olympics to force them to let her compete (Harding claims the Olympics eventually let her in due to pressure by the broadcaster of the Olympics that wanted the ratings she would bring). During this time, LaVona reaches out to Tonya in an attempt to covertly record a confession of her guilt (Harding never confesses to any involvement). At the Olympics, Tonya has a nervous breakdown on ice during competition (she claims there was a problem with the laces on her skates). Tonya finishes in eighth place, and Kerrigan wins a silver medal (Harding again alleges there were other reasons for her disappointing finish). Harding also notes that Kerrigan did not appear to appreciate winning a silver medal (whereas Harding claims she would gladly have won any medal).

After the Olympics, Tonya pleads guilty to a minor role in the scheme to attack Kerrigan. As part of her sentence, she is banned permanently from ice skating (Harding unsuccessfully asks for jail time in lieu of the ban). Jeff is given an 18 month jail sentence and is paroled after eight months. Jeff also admits to ruining Tonya’s career. To maintain some of her fame, Tonya becomes a boxer. The film ends with her getting severely beaten in the ring, much to the enjoyment of the crowd. In voiceover, Tonya remarks that everyone just asks her to tell the truth. She states that everyone has their own version of the truth, and then life does whatever the f*ck it wants. Text appears on the screen stating that Jeff is married to another woman, has a family, and is employed by a car dealership (and is not in touch with Harding). LaVona has not spoken with Tonya in years and lives in the back of a pornography store. Tonya is married, has a landscaping career, and is a good mother to her young son. Photos and videos of the real life individuals are shown during the credits, as well as one of the real Tonya Harding’s figure skating routines. 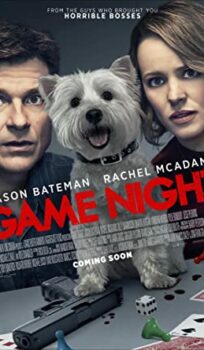