A radical group called Humanz (leader played by Ludacris) uses mods sent to Kable’s (Gerard Butler) player Simon to help Kable escape from the Slayers game, since Ken Castle (Michael C. Hall) did not have any intention of letting Kable go after winning the 30 rounds required for release from prison. Kable then proceeds to extract his wife Angie (Amber Valletta) from the Sims-like Society game.

The Humanz probe Kable’s mind and find out that Castle used him as a test-subject for the mind-control technology used in the games, with Castle forcing Kable to kill his friend and fellow test subject to provide a reason for Kable to go to jail and hide the truth. Kable finds out that Castle has his daughter and he goes to get her back.

When Kable confronts Castle, he finds out that Castle followed Kable to the Humanz and took them out. Castle reveals that he himself has the mind-control technology, except that it’s programmed to send instead of receive (meaning he can control anyone connected with his thoughts — including Kable). Castle also plans to secretly spread the technology to everyone in the world.

Castle is about to force Kable to kill his daughter, but the surviving Humanz members reconnect Kable to Simon (and broadcast the confrontation to the world). Through Simon’s influence, Kable is able to resist Castle’s control and Kable tells Castle to think about Kable killing him, which results in Castle unintentionally forcing Kable to kill him.

The whole world cheers for Castle’s death (probably thinking it was part of the Slayers game) and Kable and Angie are released from the system and they drive away with their daughter. 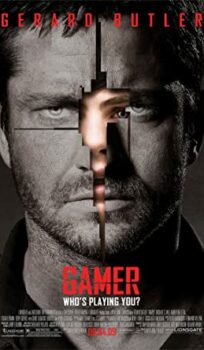